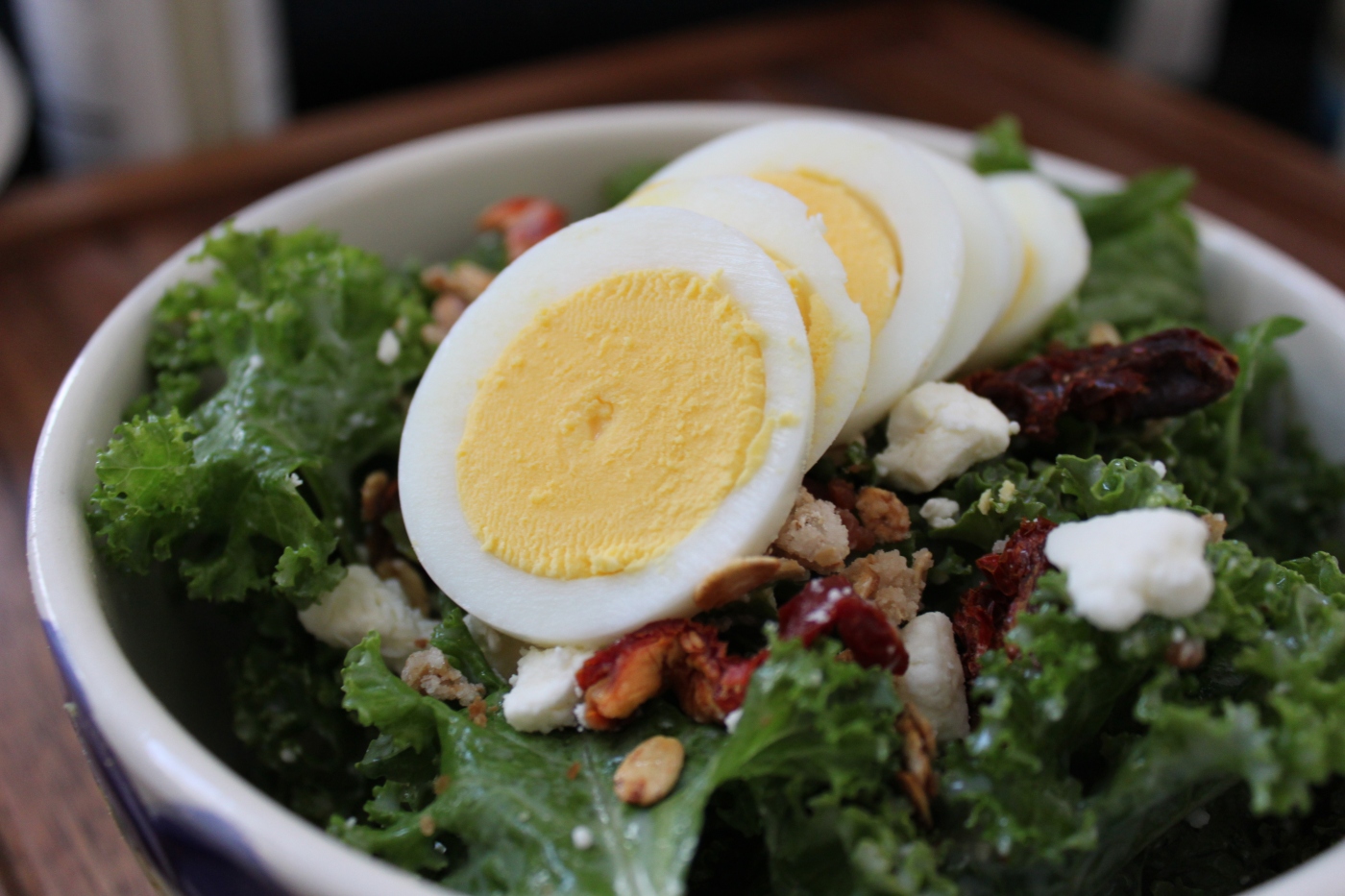 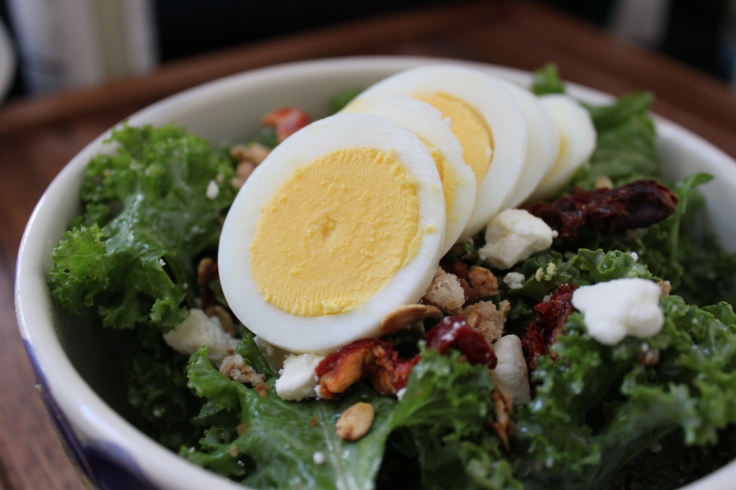 Yes! A new favorite! I know it is just a salad but hey, I’m a simple gal.

I was trying to mix things up and trade my usual lunch salad – kale, poppy seed dressing, walnuts, dried cranberries and cheese – for something different.

I looked in my fridge and saw some sun-dried tomatoes  and thought, “hey! A BLT salad!”

Then, when I returned the bag of sun-dried tomatoes to the fridge and saw a hard boiled egg sitting all by its lonesome and I thought, “hey! A bacon and egg salad!”

And then I felt torn.

Yes, I am that simple.

So what did I do? Why I made my new favorite salad that includes, you guessed it, sun-dried tomatoes and an egg. It’s a little sweet, a little tangy, a little salty and completely delicious.

I should also add that I have a new favorite way of adding dressing. I go all “Sweet Green” and put my kale in a the bowl that I am going to eat the salad out of and then toss that kale into a larger bowl. I add as little dressing as possible and toss using a pair of tongs. Toss the kale long enough and the dressing will spread evenly and you won’t need as much. I throw in any additions and then return to the mixture to the bowl I am going to eat out of. All these years I was filling the bowl, THEN adding dressing, THEN trying to mix it up.

Yes, I am that simple.

So with no further ado…

I’m not going to list exact amounts or steps because I’m pretty sure you are not that simple.

One thought on “A BLT salad with a side of awesome”